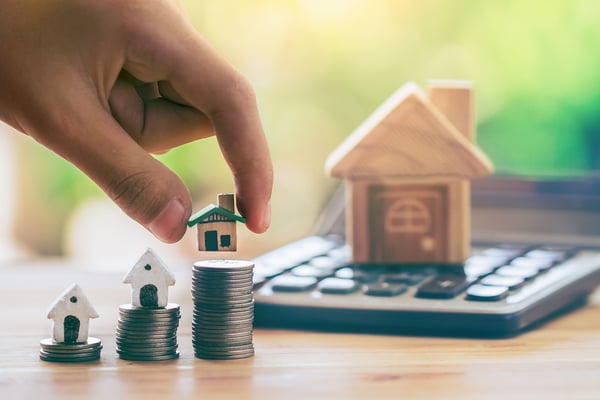 Black and Latinx people face several unique challenges, which make it increasingly difficult to obtain mortgages. Firstly, both groups often have high rates of student loan debt. Secondly, they are less able to put down money on a house relative to the total value of their houses than Whites or Asians. Because their down payments are often lower, these groups tend to have higher interest rates, making it harder to afford a home (of course income/DTI, credit, and other factors play in here). Thirdly, many have a high debt to income ratio. These factors make it increasingly difficult to secure a mortgage, or even get serious consideration for a mortgage for some minority folks. Ironically, it is minorities who are often the most in need of mortgages.

Immigration status often highly influences one’s ability to gain a home mortgage. For Latinx, Black, Asian, and immigrants and refugees of other ethnicities who are undocumented, immigration status can pose a particular challenge in obtaining a home mortgage. As Jacqueline Balza,  a broker of record at Inspired Dream Real Estate summarized, “Depending on their status, they qualify to buy a house, but they can only purchase property with higher money down programs that have higher interest rates due to their immigration status”. This vicious cycle makes it incredibly difficult for those who are undocumented to accumulate wealth, and achieve the American Dream, as monthly interest rates and down payments are extremely high. Sadly, though minority groups comprise such a large majority of the American population, their mortgage needs are often not met, and mortgage companies are usually hesitant to assist them, due to their unique obstacles.

Alterra Home Loans prides itself in serving the underserved, through kindness and employee accountability, and making a difference in the lives of the customers who they work with. The company’s mission statement is, “building wealth through homeownership”. The company hopes to help its customers achieve something so central to the American Dream, to own a home. “The company’s unique Hispanic focus in serving first-time homebuyers, and Alterra’s distinctive brand and company culture is rare to find among young, emerging growth companies in general, and within the mortgage banking industry of today”, says Stephen George, founder of Panorama, a partner of Alterra Home Loans.

This mission-based company boasts a diverse range of products to fit a customer base with a diverse range of needs, including: government loans, non-conventional loans, conventional loans, ITIN products, and renovation loans. As diversity and inclusion is becoming increasingly important across companies, Alterra Home Loans has proven itself to be ahead of this trend. They have been committed to diversity since the company’s inception. “Diversity and inclusion is something that we take very seriously. It is part of our DNA. It is part of our fabric of the organization. People we are hiring are minorities, and are part of the diverse community, and that makes it easier to be involved in those communities, to be able to help them, and achieve our goals”, says CPO Miguel Navaraez.

We have learned that innovative technology, such as mobile apps (on inexpensive devices), have not only improved customer experience and reduced costs, but offered access to financial services such as the mortgage, to a much broader population, who otherwise have been cut out or have had limited access and availability to the financial products.

As our nation becomes increasingly diverse, and a home for immigrants and refugees from all over the world, the needs of such a vastly complex group will be widely varied.  What isn’t varied however is the sense of pride with homeownership, sense of community, and investment in local neighborhoods.  Within the mortgage industry, it is clear that innovations in mortgage technology, and business models need to be harnessed to better serve minority populations. While mortgage companies like Alterra Home Loans have paved the way, the mortgage industry needs to make a better commitment to creating a more specialized process to help minority populations navigate obstacles to acquiring a mortgage. As the field of mortgage technology expands and grows, the potential for innovation must be used to better serve all sectors of our American population.